Roberts, Catholicism, and the Senate

The following essay is a very useful reminder:

In two weeks, Judge John Roberts, President Bush’s nominee to succeed Sandra Day O’Connor on the Supreme Court, will come before the Senate Judiciary Committee, raise his right hand, swear to tell the truth, and answer a seemingly endless number of questions.

Among the questions he almost certainly will be asked is whether or not his Roman Catholic faith will bias his decisions as a Supreme Court justice.

Article VI of the Constitution requires all public officials to be "bound by oath or affirmation to sup-port" the Constitution as the supreme law of the land. But what if the teachings of the Catholic Church or the Pope clash with the Constitution? Will a Catholic such as Judge Roberts follow the Constitution or side with his Church? That is the question troubling some commentators.

Some think such a question poses an inescapable dilemma for Judge Roberts. He could declare his faith to be a purely private matter that will in no way affect his judgments as a Supreme Court justice. But such a response would ring false. It is unlikely that a deeply committed, thoughtful Catholic such as Judge Roberts could or would simply abandon his faith at the door when he enters the judicial chambers.

But if Judge Roberts responds that his Catholic faith will indeed affect his rulings as a Supreme Court justice, won’t he be caught on the opposite horn of the dilemma? Critics will argue that he is unfit for service on the Court if he might put the teachings of his church ahead of the Constitution he will have sworn to uphold.

But the dilemma is a false one. It ignores the reality that all of us—Protestant or Catholic, Christian or Jew, believer or nonbeliever—have been led by our life experiences and the teachings we have received to adopt certain moral beliefs and values as our own. None of us lives a value-free life; all of us possess a framework of presuppositions and values, a set of convictions, that undergirds and shapes our view of life and human society.

Thus, Judge Roberts, as a Christian believer in the Catholic tradition, is not somehow in a different position than anyone else President Bush might have nominated to the high Court. Any nominee would come with a background that has shaped his or her outlook on life and with values and beliefs relevant to how he or she views issues to come before the Court.

If he is confirmed, Judge Roberts will be called upon to interpret and apply the Constitution and law in many conflicted areas, where precedents are unclear and the relevant legal standards less than obvious. He will be guided, as all judges are, by his understanding of the law, legal precedents, and the facts in the case—and also by his sense of values, his under-standing of human society, and his insights into the meaning of a just order. In doing so, Judge Roberts will no doubt be influenced by his Catholic faith, but he will be no more or no less influenced by his belief system than any of the other justices who have ever sat on the Supreme Court have been influenced by their belief systems.

Thus, in his upcoming hearings before the Judiciary Committee, Judge Roberts should freely acknowledge his Catholic faith and even give some examples of how it has shaped his approach to the law and legal issues. At the same time, he can and should insist that his situation is no different than that of any other nominee to the Court.

—Stephen V. Monsma, Fellow of the Center for Public Justice [Dr. Monsma is co-editor of Equal Treatment of Religion in a Pluralistic Society (1998) and editor of Church-State Relations in Crisis: Debating Neutrality (2002).]
Posted by Galen Thorp at 8/22/2005 12:49:00 PM No comments: 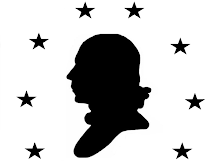